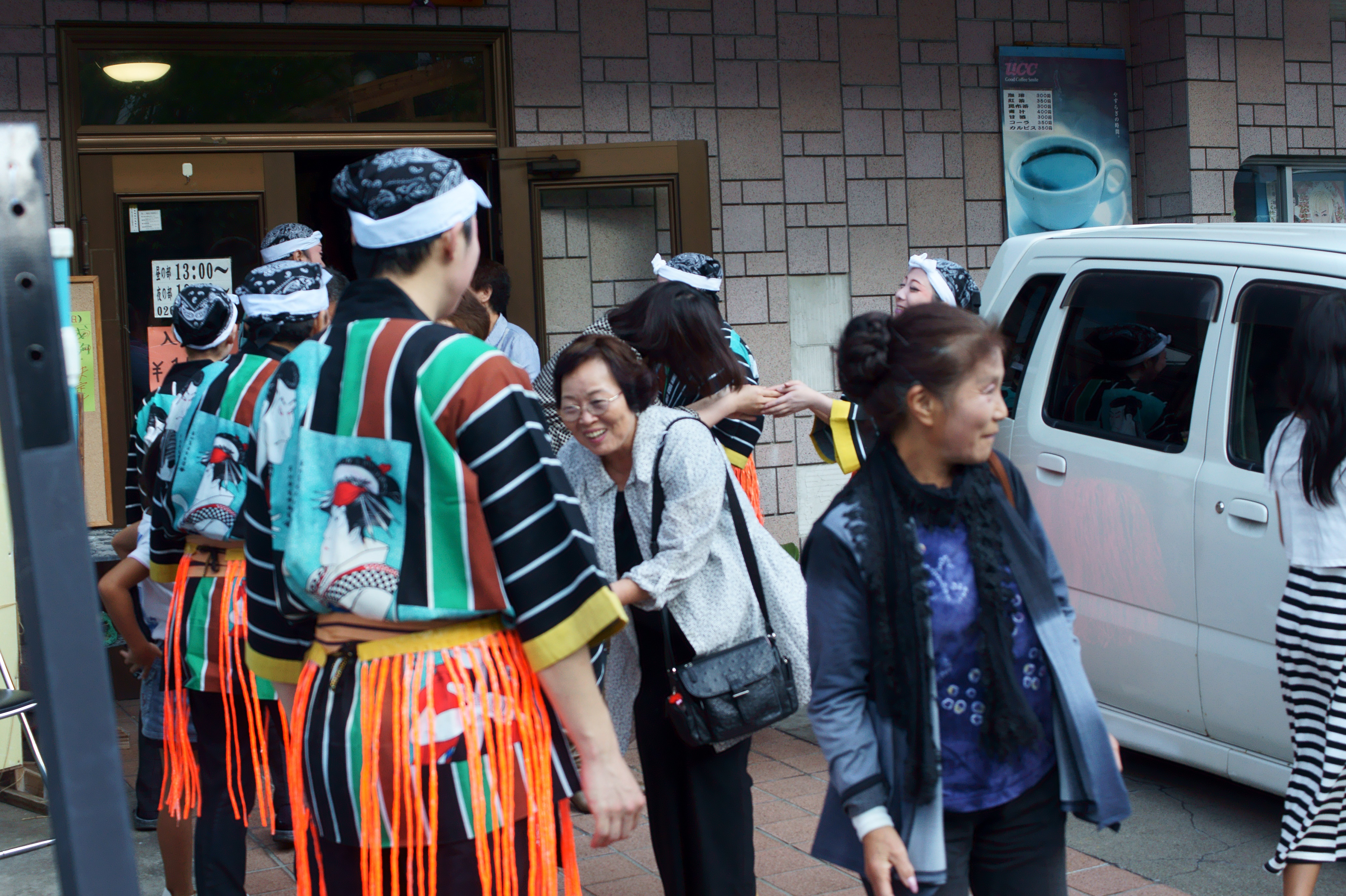 Stop 7 is Taishokan Theater. This building with a funky shaped red awning on the façade used to be home to a strip show. But they threw in the towel, literally, and now the theater holds productions of what is called Taishu Engeki, basically ‘theater for the masses’. It is like an everyman’s version of kabuki theater featuring actors made up as women – kind of like a geisha drag show. Every month a different troupe comes through, and they have performances every day at 1 in the afternoon and 7 at night. The first half is usually a type of a play, like yakuza gangsters vs. the geisha. The 2nd half often consists of a variety of songs and dances, some traditional dance set to traditional music, some traditional dance set to a Eurobeat, and much, much more. If you’re in the mood to take in some art, come to Taishokan.