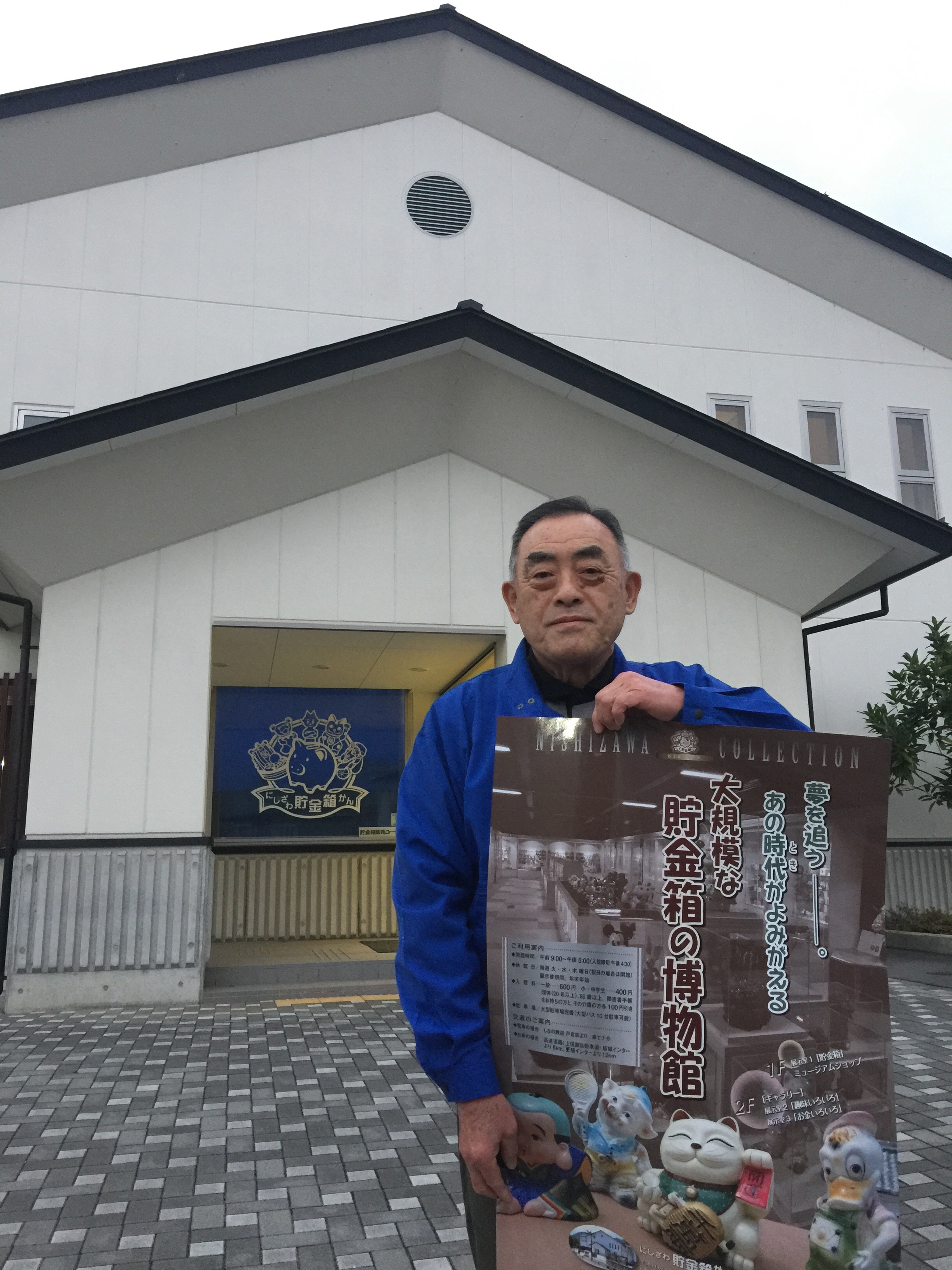 We’re at the 5th stop on the tour, a museum. It is dedicated to something a bit unusual – piggy banks. The owner, a local pharmacist named Nishizawa-san, started collecting piggy banks years ago, and his collection kept on growing until it became the largest private collection of piggy banks in all of Japan. He built this museum to showcase all of his piggy banks.

If you think about it, piggy banks tend to reflect the pop culture of the time, so at the Nishizawa Piggy Bank Museum you can see Japan’s pop culture over the years through … piggy banks!