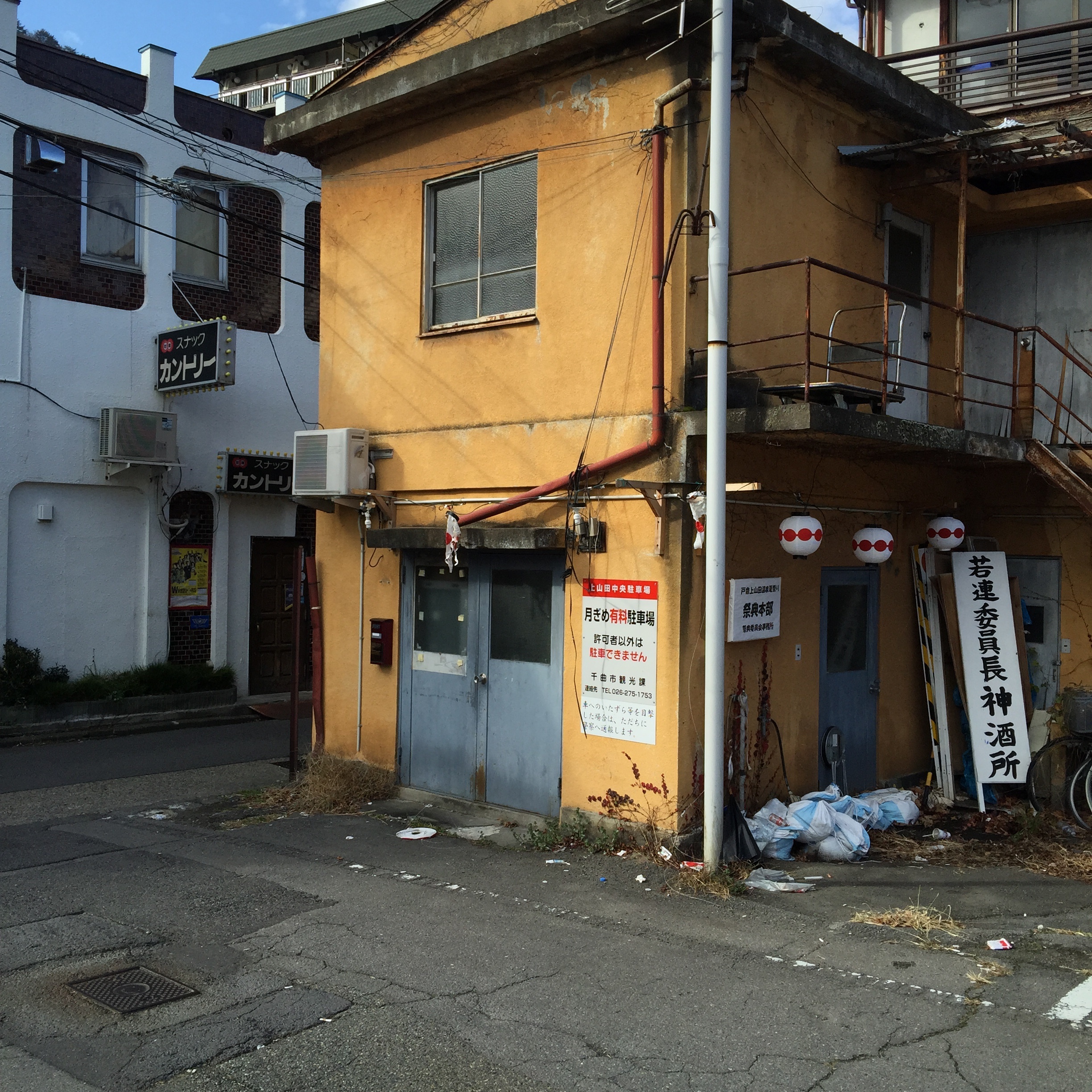 We’re at Stop #3 on the tour. This ivy-covered orangeish-yellowish building with white and red paper lanterns is actually the headquarters for the Kamiyamada Onsen Summer Festival. Taking place every year during the Marine Day 3-day weekend in July, it’s Kamiyamada’s largest annual event. Everyone in the town participates. It’s basically a festival in honor of the water gods in the hopes that the Chikuma River doesn’t flood our town. It has evolved into our town’s biggest annual get-together with a 500-person dance procession, a huge shishi lion pulling a 2-story float where the geisha dance, several omikoshi portable shrines, taiko drumming, fireworks and more. You won’t find a more energy-filled festival anywhere in Japan. Well, we might be a bit biased. But if you’re in Japan during the 3-day weekend in July, don’t miss it.

Anyways, while you are standing in front of this building, try to be as quiet as you can, and listen, down by your feet, and you will probably hear a hissing noise. That’s steam coming from one of the vents for the onsen pipes. There is a network of pipes running underground throughout the town distributing the hot spring water from the wells to the various inns and hotels. In the winter time, it’s easy to see where the pipes run because that’s where the snow first melts. We’ll explain more about the onsen wells later in the tour. One of the signs that you are in an onsen town is hearing the steam like this from the vents of the onsen pipes.