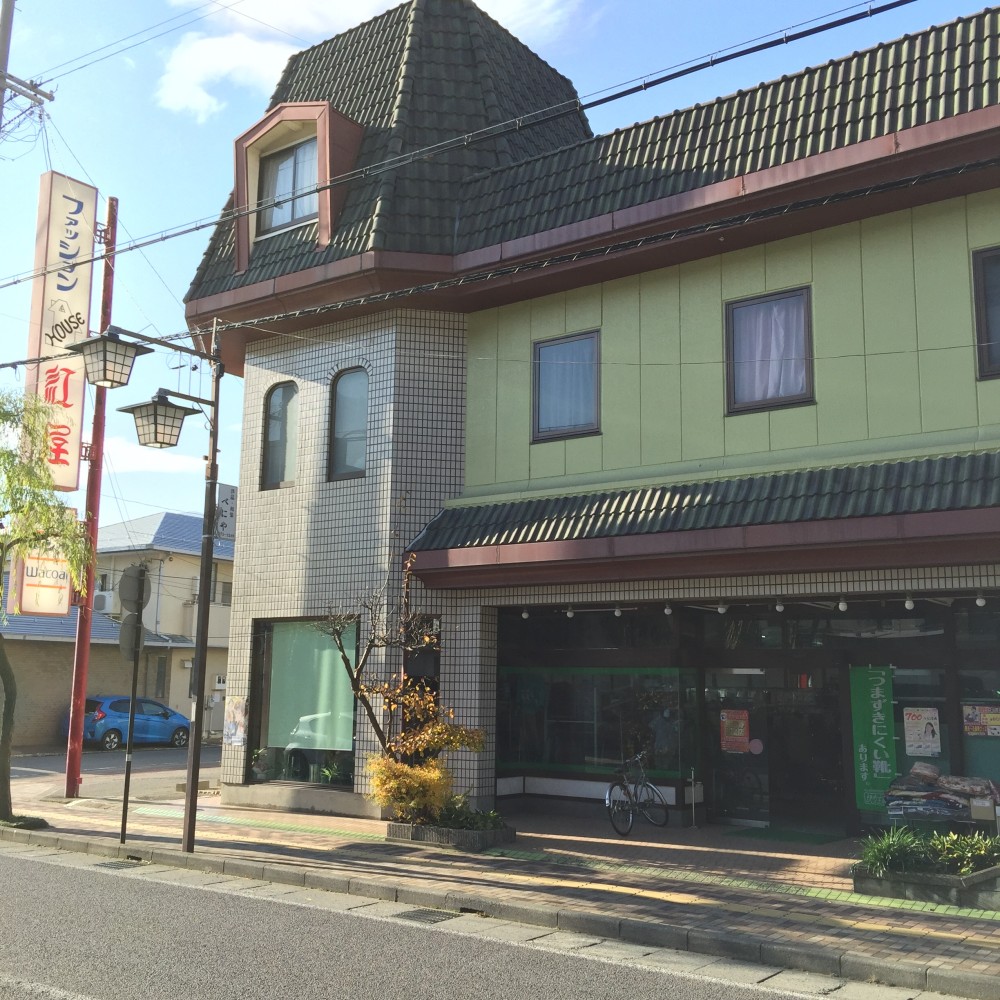 Stop 29 on the Togura-Kamiyamada Onsen audio tour is a shop called Fashion House Beniya. It is a clothing store on Kamiyamada’s main street, run by Saito-san who we hear in the background. He’s the third generation owner of the shop and while he mostly carries regular Western-styled clothes he also has a selection of Wafuku – traditional Japanese clothes.
Most foreigners probably picture kimonos when they think of Wafuku, but that would be like saying tuxedos are the main type of clothing in the West. There is a wide variety of traditional Japanese clothing, everything from padded coats called hanten down to the fundoshi loin cloths. One thing all wafuku has in common, and something that differentiates it from Western clothing, is there are no buttons or zippers For example, the yukata robes that guests at the ryokans get are given to wear are wrapped around and held in place by a sash called an obi.
Beniya does sell yukata by the way so if you end up liking them from your ryokan you can purchase one to take home. Beniya also offers “1-Point Wafuku Lessons”. You can make an appointment to have Saito-san demonstrate the basics of traditional Japanese clothes. Participants can try on some and have their picture taken with Beniya’s fine formal Japanese garden and koi pond in the background.